If you are fond of natural, organic and REAL food, Century2U is the one to offer you the purest, natural soy product in town.

Century2U is premium quality soybean powder that is made with the best natural soybean goodness for you and your family. Using only top-grade non-GMO soybeans that are produced naturally once a year and processed with the latest Japanese spray-drying method, Century2U offers you the purest natural organic soybean powder. Besides, Century2U also vows to help small farmers by purchasing the soy beans directly from them rather than big commercial farms in order to support local community.

Don’t just take Century2U’s word for it. Century2U is also a recipient of various awards and international recognitions such as the ISO9001: 2008 International Quality Management System, EU ECOCERT Organic and A-Grade Green Food Certifications – ensuring that you will be getting only the highest quality organic soybean powder.

With the slogan “Drink REAL”, Century2U, as the soy expert in town, vows to bring you real soy drinks that come in series of natural flavour: natural, cereal, active, black and golden. Besides getting Century2U from our boutique, you can also find our product in selected pharmacies, organic shops and supermarkets in whole Malaysia.

“Century2U” is an acronym of the phrase “so organic”.

To ensure the most stringent quality, Mr. Tan Kean Hin, founder of Century2U, together with its co-founders, Mr. John Tan and Mr. Chuah Chern Chung will personally perform inspection together with ECOCERT experts to make sure that the plantation and production process of Century2U’s products are always committed to health and REAL organic production.

Why the slogan “Drink REAL!”?

“Drink REAL” is more than a slogan, but a mission of Mr. Tan Kean Hin, who wishes to offer the world the “ Real Food” – foods with no chemical contamination which are naturally grown from the earth. With so many foods filled with artificials and preservatives in the market, Mr. Tan, with Century2U, hopes to bring some light into this dark area.

What is so special about Century2U?

Different from other organic products, Century2U has been labelled “organic” because it has followed and complied with specific rules for organic farming, as required and inspected by ECOCERT in accordance with the ISO 65 guide standards.

Soybeans used by Century2U are produced by farmers who prioritize the use of renewable resources and the conservation of soil and water to enhance environmental quality for future generations. Therefore Century2U strives to ensure the purity and naturalness of the soybean. It is produced without using conventional pesticides, fertilizers made with synthetic ingredients or sewage sludge, bioengineering,or ioniz ionized radiation.

Century2U has five times more protein compared to ordinary soya drinks. On top of that, it is the only vegetarian food which supplies all eight types of essential amino acids which humans need. Richness in fibre, iron, calcium, zinc, ALA omega-3 and omega-6 fatty acids as well as vitamin B  makes Century2U the king of nutrition. It is also rich in lecithin, which is scientifically proven to  possess anti-aging properties, reduce cholesterol level and increase immunity against cancers.

Century2U is healthier than conventional foods.

The organic certification is approved by the well-established French certification authority,  ECOCERT, for organic farming, besides being accredited by European Union, USA and Japan. Inspection is also continually performed every year in order to ensure the highest quality of Century2U soybeans.

Accumulation of pesticides in our body due to long-term consumption of food containing pesticide residues is a potential threat to human health. It could affect the nervous system, cause damages to liver function, trigger physiological disorder that affects the reproductive system, and could even cause cancer! On the contrary, Century2U uses only natural organic whole soybeans that are planted using organic bio-pesticides and bio-fertilizers. So besides protecting our health, it also helps to conserve our nature!

Century2U is purer and more natural than conventional food.

Century2U is made of fresh and high quality non-genetically modified soybeans. It is processed using high-end Japanese technology that ensures the standard and quality of the soybean powder produced.

1 kilogram of normal soybean drink (which contains a high amount of sweeteners), can produce more than 40 litres of soy drink. Meanwhile, a kilogram of Century2U soybean powder only produces up to 5 litres of soybean drink, which indicates its richer soy content and pureness – giving you authentic and natural soybean instead of just flavouring and sweetness. 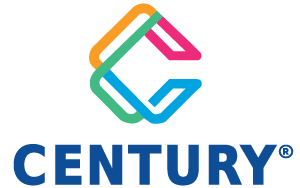 Delivering Utensils for Life Every Day

With almost two decades of experience in plastics development, technology and design, we know what it takes to create life assistants at home.